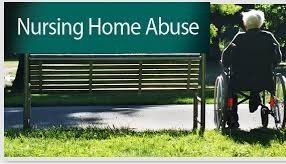 Miami, FL (Law Firm Newswire) September 29, 2022 – An 87 year-old nursing home resident developed severe and infected bed sores as a result of facility’s neglect. Both legs became gangrenous and necrotic. Ultimately both legs had to be amputated.

Due to a confidentiality agreement, the names of the plaintiff and defendants cannot be disclosed.

The plaintiff was a full-time resident of the defendant nursing home, totally dependent on its nursing care. The plaintiff complained to her nurses for at least three days that her legs were going numb and sore. She was ignored. She was not bathed or changed during that time. When the plaintiff’s family was allowed to see her, they discovered multiple large bedsores. Her legs showed the beginning signs of gangrene. She was rushed to the hospital where it was necessary to amputate both legs below the knees. During discovery it was revealed that the nurses failed to follow their own care protocol by not turning and repositioning the plaintiff every 2 hours. It was also revealed that the plaintiff was not given the proper nutrition and was unable to feed herself. The plaintiff was a Medicare patient.

A lawsuit was filed. During the discovery stages, it was learned that the facility was not correctly charting the plaintiff’s medical record. Lipcon was successful in arguing to the court that he should be allowed to present a claim for punitive damages to the jury. The case settled after that ruling, and just prior to trial.