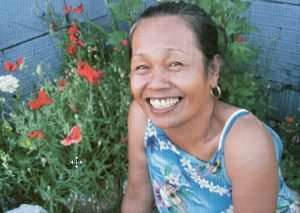 Reiner, Slaughter, Mainzer & Frankel filed a lawsuit against Roseburg Forest Products Co., in San Francisco County Superior Court alleging it is responsible for the death of 65-year-old Weed resident, Lorenza Mondoc Glover. The lawsuit, filed on behalf of Glover’s son, alleges his mother died while trying to escape from the Mill Fire.

Glover was speaking to a neighbor on her cell phone, who had called to check on her wellbeing soon after the Mill Fire erupted. Glover reported to her neighbor seeing smoke and was then heard gasping and grunting. The call then went dead. Glover was later found deceased near her vehicle.

The Mill Fire, which began on September 2, 2022, on the Roseburg Forest Products, Co. property, has destroyed over 100 homes in Siskiyou County and killed at least two people, including Glover. The Mill Fire has also directly affected the members of the firm, attorneys and staff, who are residents of Shastina.

Reiner, Slaughter, Mainzer & Frankel has represented thousands of individuals and families who have lost their loved ones, lost homes, businesses, timber property, ranch lands, and rentals due to preventable fires. The firm has also represented fire victims for claims based on the emotional trauma from fleeing a fire, for being displaced, and for mandatory evacuations.  The firm is holding town hall meetings for other victims of the Mill Fire at no cost or obligation. For more information, visit reinerslaughter.com.

US Department of Labor proposes $1.3M in penalties for metro-area roofing contractor after second employee suffers fatal fall in 3 years

Fairhope Man Pleads Guilty to Over $1.2 Million in PPP Fraud